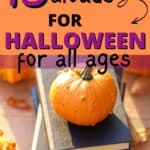 Halloween books are popular during the month of October, and Halloween read-alouds are a great tool for teachers and parents.

When I was teaching, Halloween was a favorite holiday for most of my students. Students would start talking about Halloween in September and it lasted all through October. And the week of Halloween was always crazy and not very productive. But doing a Halloween read aloud was a great way to work in some literacy, since read alouds are key to developing fluency. And my students really did love listening to the stories.

Here is a list of scary stories, not so creepy books, chapter books, and other Halloween theme books you can read to both younger and older students.

Below are a mix of short children’s books and early chapter books that can be used as read alouds for the Halloween season.

In this cute Halloween version of Stone Soup, Finnigan is a hungry skeleton and no one will share their food with him. So Finnigan stirs up some Halloween magic in his cauldron to satisfy his appetite.

This is a beautifully illustrated book that focuses on the Latin holiday Dia de Los Muertos. Follow along as kids decorate and celebrate this holiday in their town.

This is a fun read that can span a few days. The Watsons dress up their pig Mercy as a princess for Halloween. What follows is a tale full of treats, tricky turns, hijinks, and high humor.

How to Catch a Witch

A group of kids discover a witch on a broom has opened a magical portal that let out spooky creatures all over the neighborhood. They set traps all around and try to save Halloween

Shop How to Catch a Witch on Amazon

Scaredy cat Splat wants to be the scariest cat in class, but he’s too scared of everything and his costume looks silly. But in the end, something happens and Splat is able to scare his class.

Trick or Treat, Smell My Feet

Another funny read about an opossum named Gilbert, who wants to dress up as a Martian Space Pilot at the school costume parade, but ends up with his little sister’s ballerina tutu. Be prepared; your kids will laugh!

Shop Trick or Treat, Smell My Feet on Amazon

In this cute story, Big Witch and Little Witch make a stew and invite their friends over. But Skeleton thinks the guest list is the ingredients list, so he runs away with a few of the guests. Little Witch is confused but one creature in the haunted forest is able to help them all out.

Shop Skeleton for Dinner on Amazon

When the lights go out, Jasper Rabbit finds out his new big rabbit underwear glows in the dark. He tries all kinds of things to get rid of the creepy underwear, but nothing seems to work. This is another story guaranteed to get laughs from your kids.

At the Old Haunted House

This old haunted house has all kinds of creatures, like cats, goblins, and vampires. Written like a poem with a few repetitive phrases, kids will enjoy listening to the story and looking at the pictures.

Shop At the Old Haunted House on Amazon

Room on the Broom

A witch loses her hat, bow, and wand while flying on her broom with her cat. Some friends help her find her lost item and want to ride on her broom, but do they fit? This is a great, not creepy Halloween book for a younger audience.

Shop Room on the Broom on Amazon

This is a longer book better suited for first grade and above. Ghoulia lives in a house that’s crumbling and spends her time with her albino dog. All Ghoulia wants is a real friend, but she’s a zombie. But Ghoulia thinks of a plan to blend in on Halloween and hopefully find a friend.

For grades 1 and above, Amelia Bedelia and her shenanigans are always well-received. In this book, Amelia tries to save Halloween after the main event in her town is canceled. Full of the usual misunderstandings and thrilling events in Amelia Bedelia books, this could be read a chapter a day.

This mystery-comedy is a great chapter book that is considered a modern classic. Bunnicula is the new pet bunny, but the resident pets Chester the cat, and Harold the dog suspect Bunnicula is a vampire. So they spend their time saving the family from the vampire bunny in the most hilarious ways.

Of course, I had to include this classic. These real witches hate children and create all kinds of spells to get rid of them. A 7 year old boy is turned into a mouse by the main witch, but he works with his grandma and a friend to help stop the witches.

Shop The Witches on Amazon

The Best Halloween Ever

k so much havoc on the whole town that the mayor cancels Halloween. The kids are all upset but looking forward to a backup celebration at school. However, the Herdmans hatch a plan to interfere, and end up making it the best Halloween ever for the kids of the town.

Shop The Best Halloween Ever on Amazon

It’s Mildred Hubble’s first year at Miss Cackle’s Academy for Witches, and she’s terrible at everything. She’s clumsy, ruins her spells, and even becomes enemies with the teacher’s pet.

Shop The Worst Witch on Amazon

This is a pretty short easy-to-read book about Harry and his class around Halloween. Harry always dresses up in a scary costume for Halloween, but this year his class is surprised by his costume. A good read for second and third graders.

Nightmares become real in this funny and a little spooky book middle-grade novel. Charlie thinks his stepmom is a witch, and that her house, which they just moved into, is haunted. His nightmares come to life in this highly entertaining read.

This book is too dark for young kids so I recommend it for grades 5-8. A young girl detective and her skeleton sidekick journey through a world of magic, secrets, power, and intrigue to stop Serpine from getting the scepter that will allow him to rule the world.

Let me know if you have a favorite Halloween read that I can add to this list.

With dyslexia being estimated as occurring in 1 out of 5 students in a typical classroom, you might be looking for some effective dyslexia interventions and programs. Before explaining strategies you can use to help dyslexic students, you should really understand dyslexia. It is a language-based learning disability that will require a multisensory, structured language… 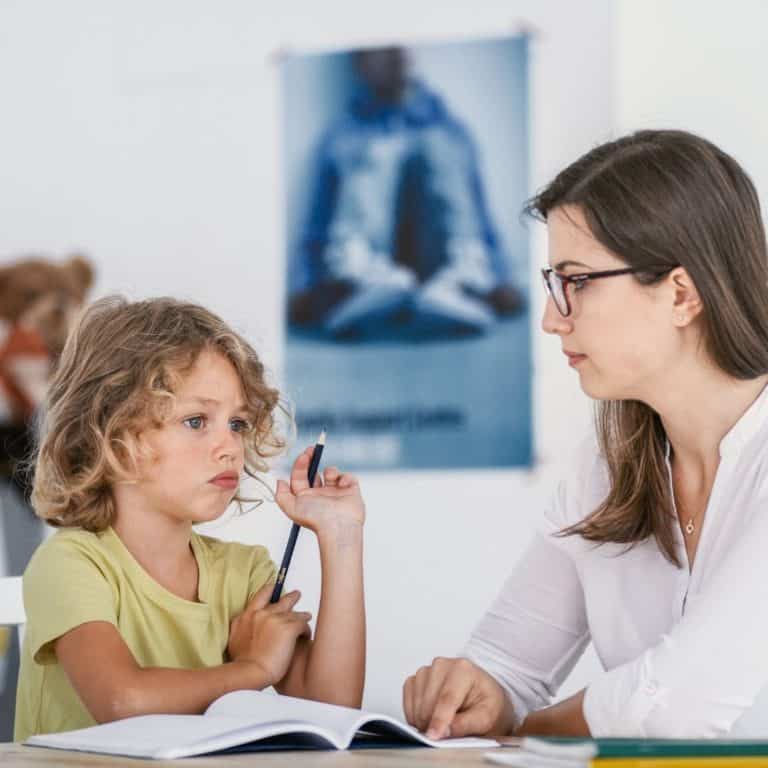 I often have clients and parents ask how they can be sure they have found the right reading tutor. There are many reading tutors, dyslexia tutors, and reading specialists to choose from with a variety of qualifications. It really will depend on what the student needs. How to find a reading tutor? First, try calling… 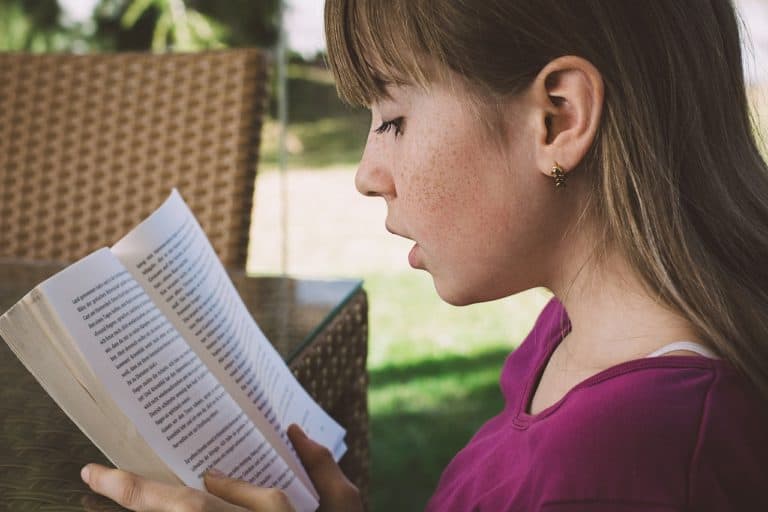 There are so many strategies that we learn to teach reading comprehension but in this post, I share my favorite visualizing reading strategy that helps struggling readers improve their reading comprehension: visualization with structure words. This visualizing reading strategy is the foundation of the extremely successful reading program Lindamood-Bell Visualizing & Verbalizing. It is the… 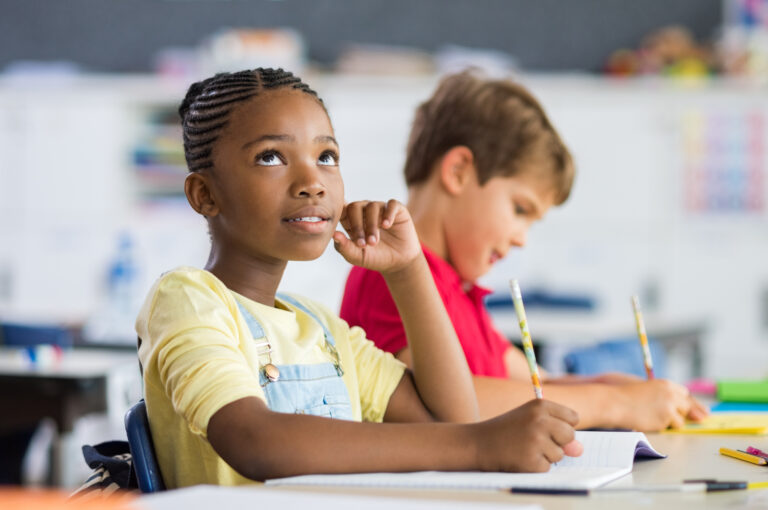 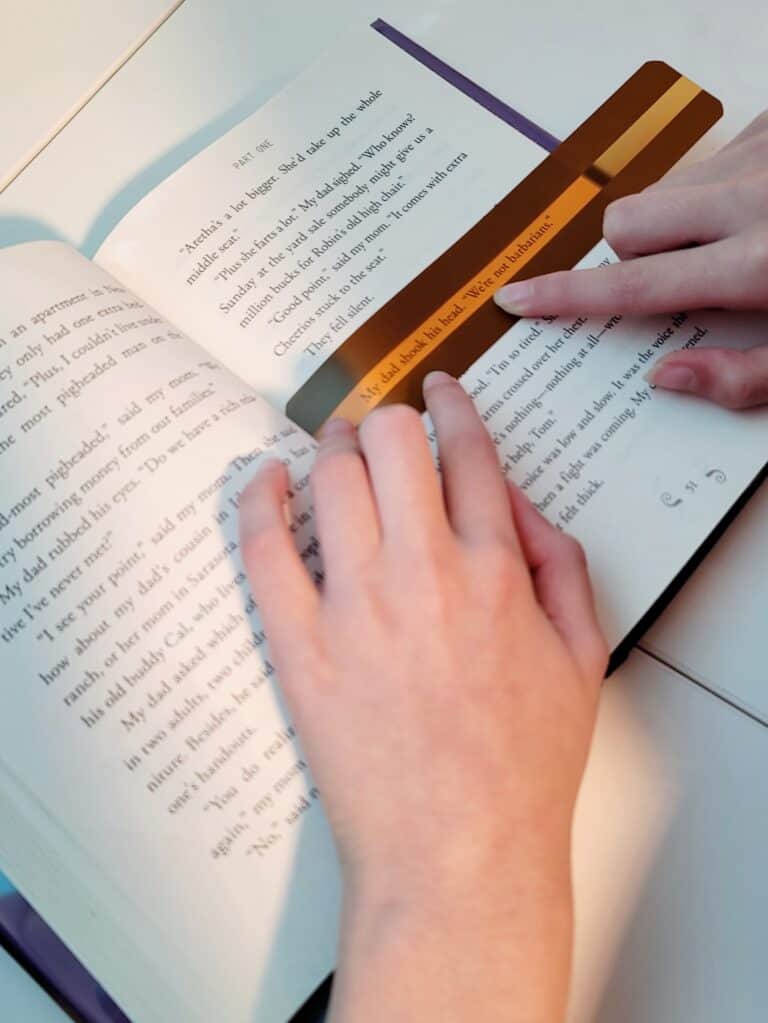 Whether you’re new to teaching reading or you’re a seasoned educator, you know that using manipulatives in your reading instruction is important. Reading manipulatives help students of all ages engage with the text, build fluency, and develop comprehension skills. There are a lot of different reading manipulatives out there, so it can be tough to… 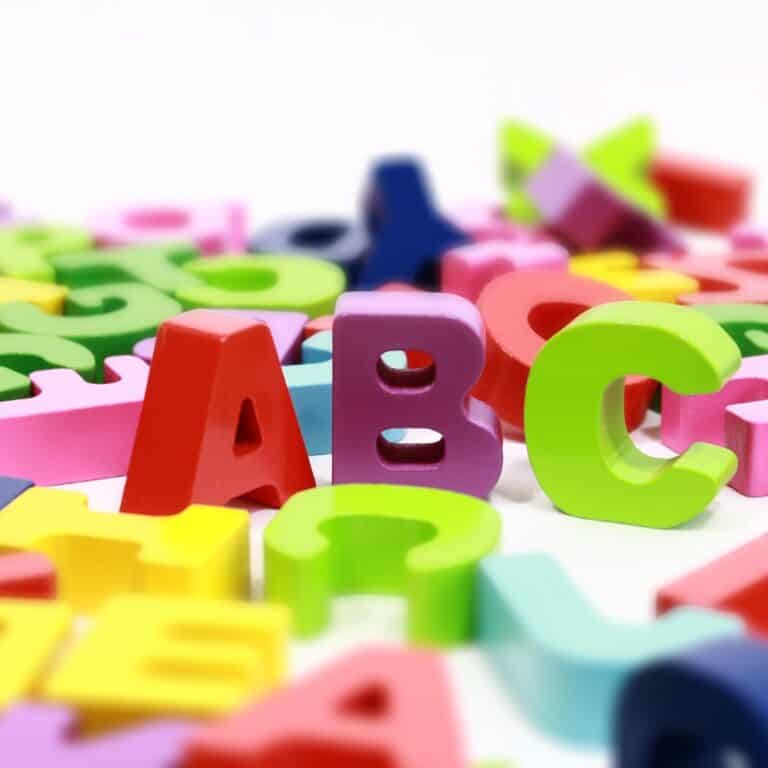